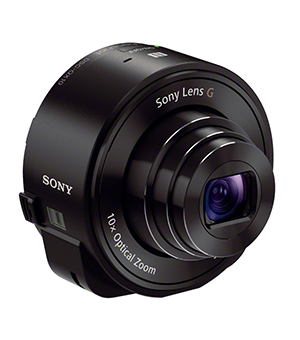 Using the Sony camera’s WiFi interface, Instant Photo Booth is able to show a live view, capture images, and automatically transfer them to your computer and into your current photo booth session. The functionality is the same as a webcam, but with much higher image quality. Some supported Sony models can even trigger professional flash units.

Note that the DSC-QX10 and DSC-QX100 must have the latest firmware update from Sony!

Why not other brands of camera?

Sony is a very forward-thinking company and has been an early adopter of built-in WiFi controls. The other big DSLR companies are only now beginning to think about WiFi control. As soon as they provide a public programming interface, like Sony has, Instant Photo Booth will add support for them. Unfortunately, neither the existing Canon nor the existing Nikon programming tools are compatible with Universal Windows Apps. 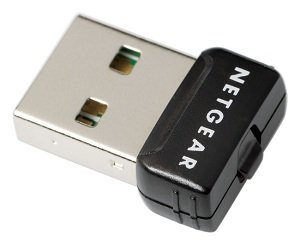 NOTE: Your WiFi camera will require your computer’s wireless connection. This will prevent Instant Photo Booth’s integration with social media and OneDrive. However, you can easily add a second WiFi connection to your Windows 10 computer with a USB WiFi adapter such as the NETGEAR G54/N150 Wi-Fi USB Micro Adapter (WNA1000M) pictured at left. (Windows RT devices excluded)

If you are having connection problems, try this… – Windows hands the first network adapter it finds to Instant Photo Booth as a camera connection. But that is sometimes not the adapter to which the camera is actually connected, especially since Bluetooth is considered a network adapter. Follow these steps to force the connection. NOTE that you will only have to do this once.